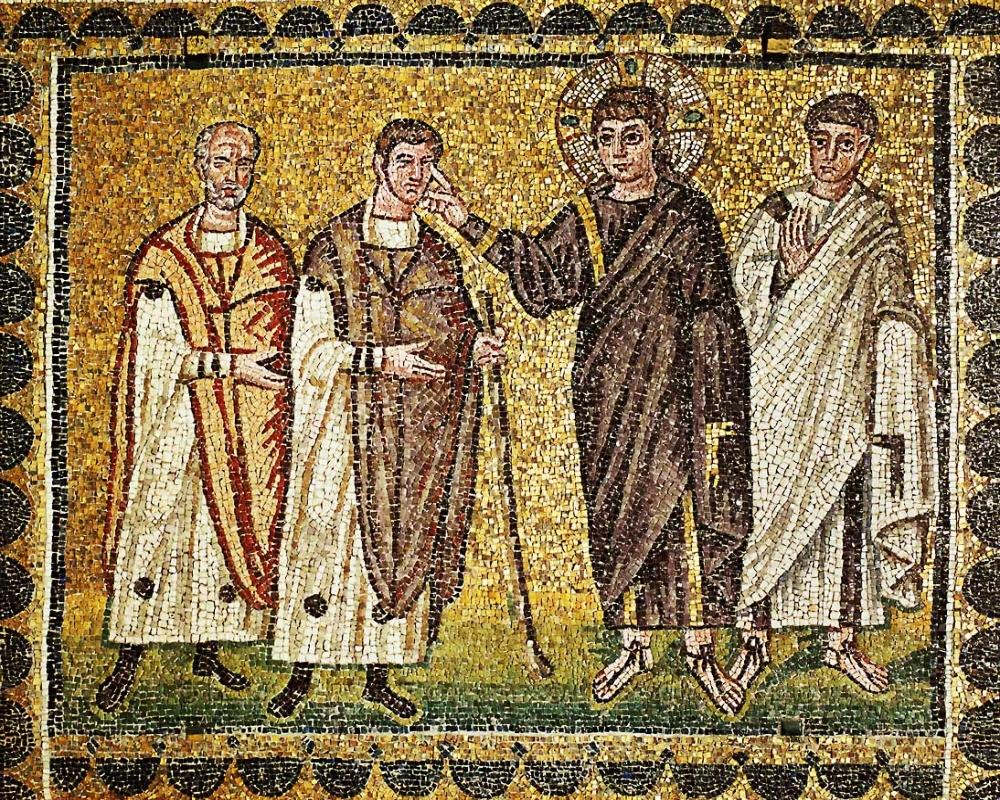 How do you tell someone struggling with their faith that the Christianity they experience isn’t Christianity at all? In Mark 10, as Jesus and his disciples are leaving Jericho, the blind beggar, Bartimaeus, tries to get their attention. He yells, “Jesus, Son of David, have mercy on me.” The response of the crowd is to silence him. “Many sternly ordered him to be quiet.” Why did they tell him to be quiet? Did they think Jesus had more important things to tend to, more spiritual things? I suppose healing one blind man is an inefficient way to bring the Kingdom of God. I mean, how many blind people must there have been? Better to focus on spiritual things so in the life to come, some heavenly realm, people will receive their reward. The Christian community can fall into this way of thinking. Better we not get bogged down in politics, or social or cultural issues; it’s better to see the gospel in apolitical terms. But this hyper spiritualization of Christianity has consequences, rendering us irresponsible. In his essay “After Ten Years”, Dietrich Bonhoeffer writes this:

“Who stands firm? Only the one whose ultimate standard is not his reason, his principles, conscience, freedom, or virtue; only the one who is prepared to sacrifice all of these when, in faith and in relationship to God alone, he is called to obedient and responsible action. Such a person is the responsible one, whose life is to be nothing but a response to God’s question and call. Where are the responsible ones?”

(Papers and Letters from Prison)

To be fair, it’s people on the right and the left who have abdicated responsibility. Both sides are more concerned with maintaining power and status than they are meeting the concrete needs of our neighbor. The Christian community has an opportunity to move beyond ideology to responsibility. To turn from being the crowd that sternly orders silence, to being a community that calls out, “Take heart; get up, he is calling you.” The gospel is political, not in a republican or democrat sense, but in a “way of life” sense. True spirituality is not leaving the problems of this world to someone else; it’s the spiritual power of prayer and resurrection that opens up the possibility for a new way of life. This is what Blind Bartimaeus experienced—he cried out, and Jesus healed him. But this healing would not have been possible without the crowd relaying the message; it would not have been possible without a people who were willing to make room for his voice, and become the mouthpiece of Christ’s call.

The Christian community has a choice: we can be a community that silences Blind Bartimaues, or we can be a community that makes sure his voice is heard. The gospel is about personal transformation and social and cultural transformation. True spirituality has everything to do with our embodied life, our cultural life, and our political life. As many have noted, our current historical moment is the end of Christianity as we know it, but it is also the ground from which a new expression Christianity will emerge. Though it might seem like a time for cynicism and doubt, a time for falling back into an “eye for an eye” way of life, it is a time for hope. The old order of things is about to give way to something new–and that is good news.