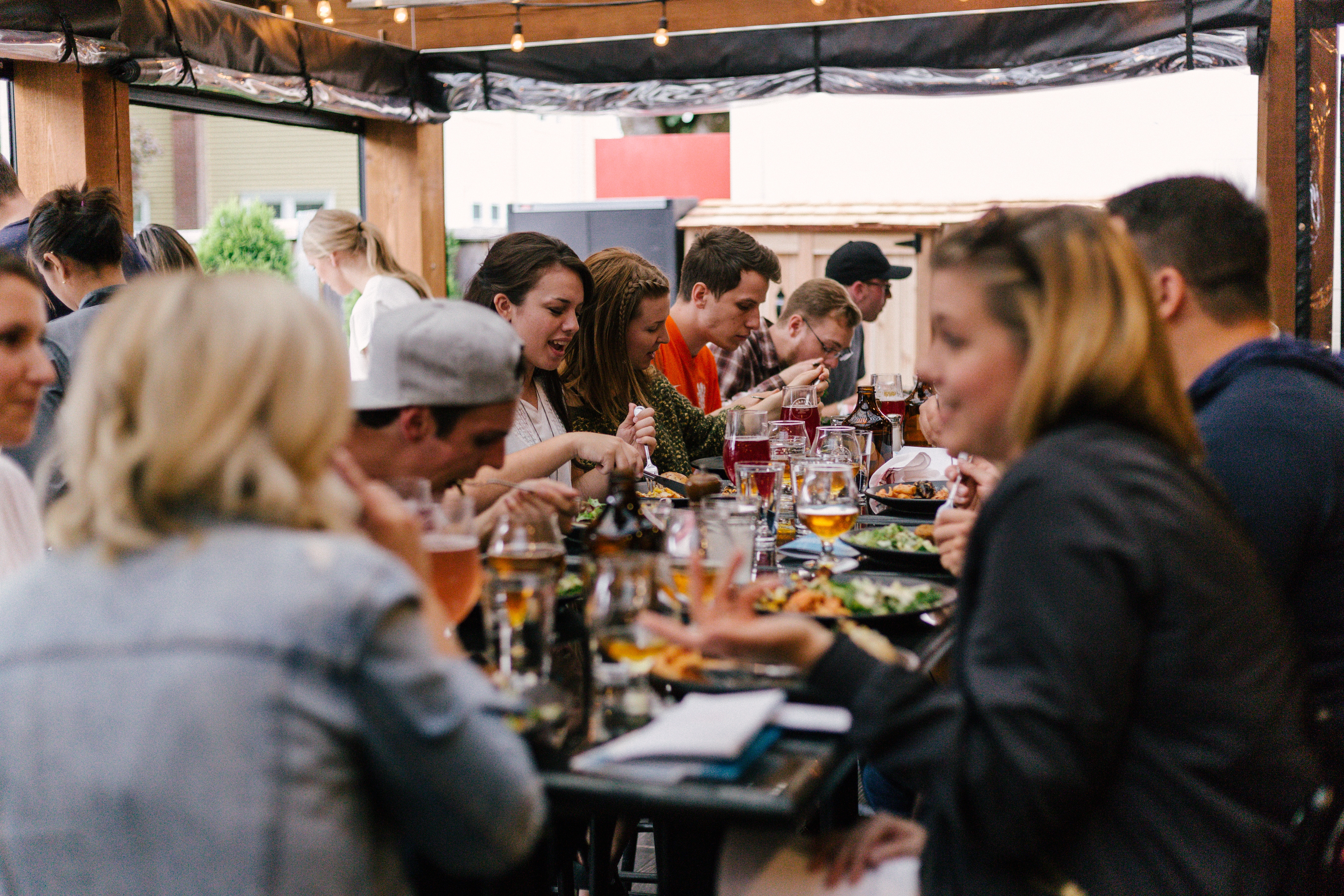 Eating with Sinners and the Elder Son

Luke 15 starts with this: “And the Pharisees and the scribes were grumbling and saying ‘This fellow welcomes sinners and eats with them.'” What follows are three parables, each of them about something lost that is found. The first is a sheep, the second a coin, and the third is a child—a son who takes his inheritance and squanders it on “dissolute living”. The stories are familiar, especially the last one. Many interpretations of the third parable focus on the lost son, or the prodigal son as he’s better known. Books and sermons have been written about the relationship between the Father and the lost son, often focusing on the grace and love the father shows him by accepting him back into the family and killing the fattened calf. Lately, however, I’ve been thinking—what if the story isn’t about the younger son at all? What if the story is really about the elder son?

Common to all three parables is that something is lost and then it’s found, followed by a party. The shepherd calls together his friends and neighbors, as does the woman when she finds her coin. The father, too, throws a party when the lost son returns home, only the elder son refuses to attend. His feelings are hurt, he’s angry, he feels slighted. Notice, the father goes out to console him. “Son, you are always with me, and all that is mine is yours. But we had to celebrate and rejoice because this brother of yours was dead and has come to life; he was lost and has been found.” Maybe the point of the third parable is to disrupt the expectation set up by the first two. Lost, found, rejoice—only the third parable doesn’t go as smoothly. The elder son won’t come in. He refuses to rejoice, he will not eat with the others. Maybe the point of the last parable is to turn our attention away from the lost “sinners” and put it back on to the Pharisees. Maybe Jesus is saying to them, “Come on, pull up a chair! Sit, eat, and rejoice—your sister and brother were lost and now they’ve been found.”

We like to put ourselves in the place of the younger brother, grateful for the grace and mercy our heavenly Father gives to us, wretched sinners that we are. Maybe we need to start reading ourselves as the elder brother, refusing to come to the party, refusing to be reconciled to our younger sibling. Whether it’s politics or social issues, the heightened rancor and division prevents us from recognizing our brothers and sisters in Jesus Christ. We stay outside pouting, overcome with whiney contempt for our siblings. The parable reminds us that reconciliation with God always means reconciliation with our neighbors. It means reconciliation with our brothers and sisters. We don’t have to like each other, but we have to love each other.

The parable ends without resolution. We’re not told if the elder brother joins the party. The jury is out on us too. Our father pleads with us—the table is set, the food is ready, the party is just about ready to begin—are we really doing this? Are we really standing outside throwing shade on everyone inside?