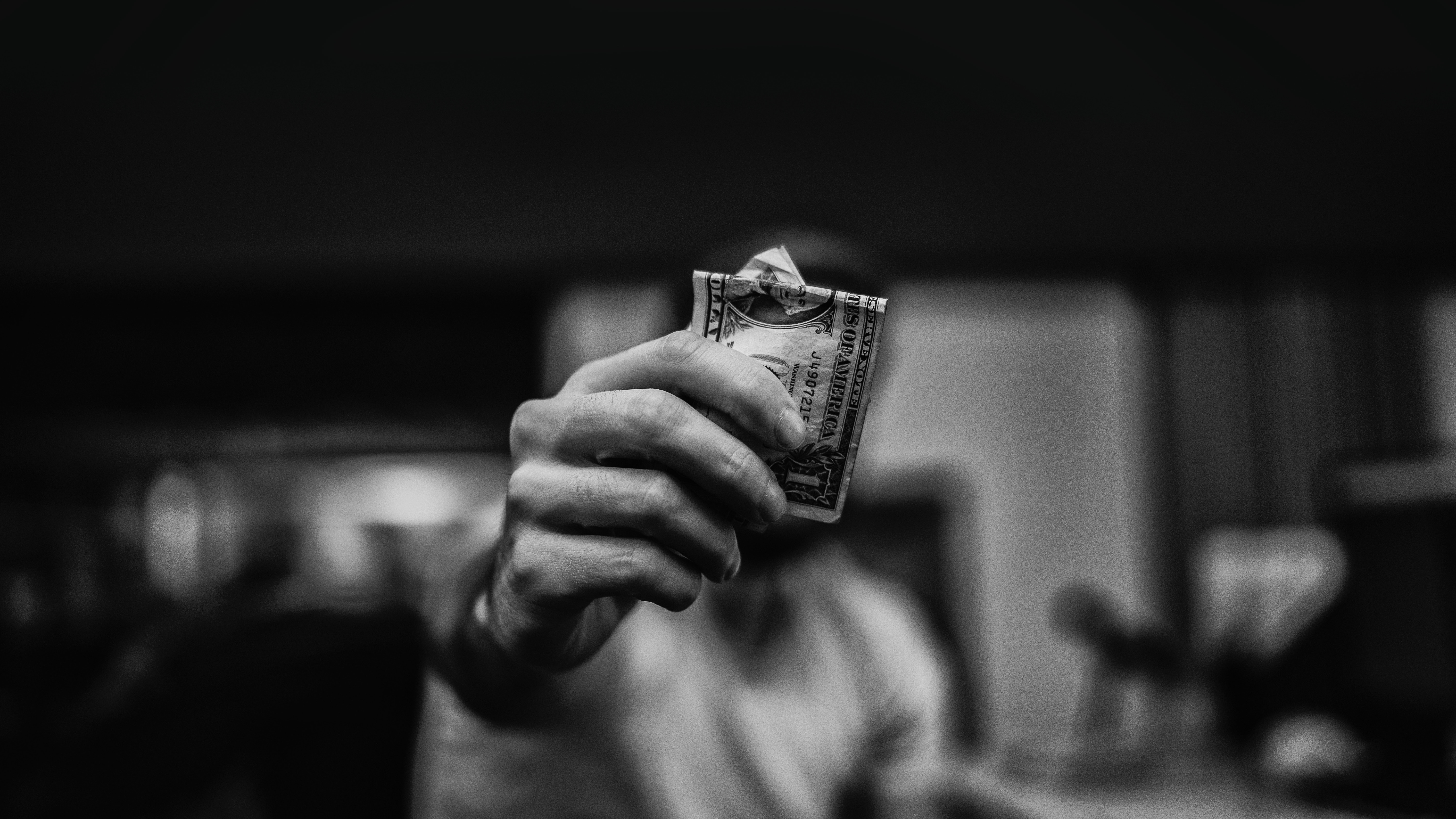 “No slave can serve two masters; for a slave will either hate the one and love the other, or be devoted to the one and despise the other. You cannot serve God and Mammon.” Luke 16:13

In my part of the world there are self proclaimed prophets writing up naughty lists. The lists are a strange mix of politics and theology, calling out individuals and institutions they believe have gone astray. If you read them you’d think the bible primarily talks about sex, evolution, and not crossing the border illegally. Nowhere, however, do they talk about greed. People don’t make the list for their love of money, for lack of concern for the poor, or for building bigger barns, even though Jesus spoke out against these sins much more than he spoke against sins of a sexual nature.

In fact, Jesus speaks about money as a personal, spiritual, force, giving it the name Mammon. Money, as Mammon, is not just a medium of exchange, it demands our allegiance, our trust, our faithful obedience. In Money and Power, Jacques Ellul writes this:

Money has become the criterion for judging man and his activity. One by one the state, the legal system, art and the churches have submitted to the power of money. This is the rule, not the exception, and it has nothing to do with corruption. As a matter of fact everyone has begun to think that money, the source of power and freedom, must take priority over everything else. This belief is well supported on the one hand by a general loss of spiritual sensitivity (if not faith itself) and on the other by the incredible growth of technology.

According to the list makers, politically left leaning Christians are willing to abdicate power and responsibility to sinful human leaders who have the propensity toward oppressive forms of government. They, on the other hand, are willing to give allegiance to the “invisible hand” of capitalism and the idolatry of money—reducing human identity to economic activity, which is unbiblical and demonic. The economic determinism of capitalism and socialism (both right and left) creates class conflict and marginalizes those who are unable, for whatever reason, to produce. The result is a stigma upon those who are unable or unwilling to compete, creating the boundaries that separate insiders and outsiders.

This is why Jesus speaks about money the way he does. In the gospels, Jesus makes work of breaking down the social and cultural barriers that determine insider and outsider. He overcomes the religious and cultural labels that abstract the identity of the lepers, the demon possessed, and the Samaritan. He points to the image on the coin, showing the deep connections between the idolatry of Caesar and the worship of Mammon.

The list makers draw hard lines when it comes to sexual sin or illegally crossing the border. When it comes to the pervasive influence of money, however, they are silent. Yet, as Paul says, it is the love of money that is the root of “all kinds of evil” (I Timothy 6:10).

What if the Christian community took seriously the dominance of economic abstraction in the lives of rich and poor alike? What if the church woke up to the power of economic forces in the lives of young people? Maybe young people aren’t abandoning the church because of the hot button social issues of the day, maybe they’re falling under the spell of Mammon and religious act of making something of ourselves. Maybe it’s time to get rid of lists…